The Anti-Benghazi Back to Iraq III: it's been too long I'm glad we're back 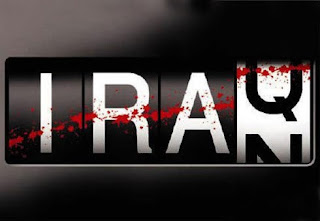 The US launched some airstrikes at the end of the year which apparently killed 50 US trained erstwhile allied security forces. After the strikes, the US Embassy in Baghdad came under an "attack" and the protesters bypassed all the ineffectual defenses but, the attacks did not result in any lives lost. The Department of Defense officially claimed Iranian backed Shia-militias were responsible because leaders were spotted int he crowd. Less talked about by the DoD was Secretary of State Pompeo slashed funding for the security in a repeat of the embassy funding cuts done by Republicans in 2011.

Donald Trump began tweeting out "Anti-Bengahzi" because he is an illiterate buffoon who can't even spell let alone comprehend the forces Dickless Cheney and George W(worst POTUS Ever) unleashed during their Great Boondoggle along the Tigris and Euphrates. Iran became the preeminent power in the Middle East as a direct result of the Iraq War.

As the tensions escalate we face the near certainty of a renewed Iraq War. Or worse still a proxy War with Iran in Iraq which will eventually spill into direct war with Iran. Trump is blustering boob who, in fits of phony toughness, has publicly and repeatedly staked out the maximalist position of 100% retaliation at any provocation. Thus, Trump can not rely on diplomacy when faced with an escalating crisis and even if he wished to, his undermining of the State Department during his Ukrainian Crimes has closed that avenue for him. And there is no longer a so-called adult in the Oval Office to keep the childish Trump from lashing out in a fit of pique. Thus, he's left only with the military option.

But, as is always the case once Trump fucks something up the Magat Horde take it upon themselves to retcon his mistakes into glory whilst finding a way to Blame Barack Obama or Hillary Clinton.

In this case, the decision seems to be to blame John Kerry. Rightwing social media is circulating pictures of a White House visit in 2011 by the Nouri Al-Malki administration in which Hadi Al-Amiri takes part.

This alone is all the rightwing Wurlitzer needs to spin a million and one fables via a million and one tweets. The Joy of being a Conservative is having No Memory and acting as though incidents and people spring up ex nihilio. To conservatives on-line (and the bots that amplify them) until December 31st 2019 there never was a Hadi Al-Amiri. He isn't the Minister of Transportation. He wasn't part of the post Saddam post Coalition Provisional Authority Government. He never fought in the Iran-Iraq War, which was fomented by Ronnie Raygun, Donald Rumsfeld, and George Bush Senior. Nope. Instead Had Al-Amiri sprung up from Barack's tears of capitulation from the desert during Obama's Surrender World Tour.

Right now, the US has proclaimed at the direction of the "President", a targeted airstrike at Baghdad Airport has killed General Qasem Soleimani. Thus raising the question: under what authority was this attack authorized? The Ancient crumbling AUMF? Don't expect Republicans to break with Trump over this bombing they've given themselves completely to MAGA. And the jingoistic war-boners this is giving the Magat Horde on-line gives lie to the Donald the Dove narrative they careful curated for Media consumption.

So now... now we await the response from the Shia Arabs, Iranian directed militia forces, and Official Iraqi government. Will they ratchet up incidents to force Trump to respond with his phony bravado and send the troops surging back to Iraq? Or is the long awaited Invasion of Iran about to begin?
Posted by Grung_e_Gene at 9:20 PM