It's for the same reason Libertarians hate the American Middle Class because Libertarianism is a philosophical Rube Goldberg machine created to rationalize Plutocracy and defend Unearned Privilege.

Years ago when Teachers were only able to provide supplemental income to the family (with the exception of the all-male University Professors) there were afforded respect and looked upon as a bedrock institution helping craft American Exceptionalism. But, then Teachers' income increased, granting women economic security while they exerted political pressure through Unionization, while they also began to infiltrate Upper Levels of Academia encroaching upon White Male Privilege.

Teachers became part of the America Middle Class which the 1% hates more than anything else in the world.

The American Middle Class is much too mercurial for the Plutocracy, they don't bow down and worship the Moneyed Masters the way whipped conservatives and libertarians dogs do. The American Middle Class votes for nasty socialist schemes like Old Age insurance and health care for the poor, indigent and sick. These concepts are anathema to the Plutocracy and their Right-Wing slaves.

The Plutocracy began to decry Teachers because they were not molding American minds to be good wage slaves deferential to Power and Privilege. Thus, the Koch Brothers and other One Percenters created the Libertarian Party to train their little libertarian guard dogs, who would dutifully convince others that allowing the Rich to do whatever they want was the right way and would ensure that they themselves were the just upon the cusp of becoming the Masters of the World as long as they stayed in line. 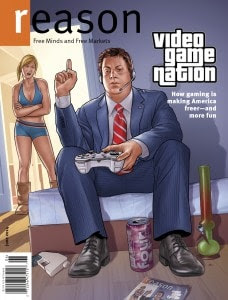 The Donald Sterling Fiasco revealed how much Libertarians see a Plutocrat losing his Privilege as an attack on them.


Libertarians at Reason were more concerned that a hypothetical minority Basketball or Hockey owner (of course meaning black) was going to get away with racist speech while apparently being so obtuse they didn't realize, or more likely didn't care, there is exactly 1 African-American owner in the NBA, Michael Jordan, and none in the NHL.

Additionally, libertarians were incensed that Sterling's precious privacy rights were trampeled upon when his "girlfriend" V. Stiviano, made the surreptitious recordings of him. Why she needs to be arrested for violations of eavesdropping laws! But, since Sterling isn't pressing charges to whom did the libertarians turn to punish V. Stiviano? Why the State.

If Sterling isn't going to press charges then there's no victim and no crime. But, Libertarianism is a cadre of young, white males who are adamant that the only acceptable use of State Power is defending the Rich and Powerful and ensuring their rights are placed above the rest of society.

You see the rest of society steals from the Rich and Powerful using the Power of the State.


Libertarians ascribe all sorts of evils and crimes to the "State". The State has killed Hundreds of Millions they claim, as if people were nothing more than instruments. Personal Responsibility disappears when the State can be blamed. They blame the State for such 'fictions' as pollution,

The pollution problem has been discussed ad nauseam, and it only becomes a problem when 1) businessmen are prevented from using the "pollution" as an input to some other industrial process and 2) when there's un-owned property upon which to dump it. Solution: 1) deregulate markets (people always find novel uses for industrial leftovers) and 2) assign ownership to everything. Pollution, as usual, is a problem that cannot exist without the State.

If it wasn't for the State the Koch Brothers (ala Hank Reardon) would turn Petcoke into usable fuel and there would be no petcoke pollution problem. And if you unfortunately are poor and happen to be next to the plant which burns petcoke well you and your kids cancer could have been caused by any number of things!!! Just turn over the commons to the Rich and they would be good stewards and would surely never allow or cause any permanent damage to occur.

But, all of their anti-state rigamarole covers their true agenda which is their absolute deference and defense of Power and Privilege.

Libertarians are just another breed of Reactionary Guard Dogs for White Male Power and Privilege. And the saddest thing is, libertarians can not envision a day when they will be treated the same way the Plutocracy treats Women and Minorities.
Posted by Grung_e_Gene at 1:49 AM

What you are saying is the libertarians are the rich and want-to-be-rich wing of the skinheads.

Dang it Jerry and Kulkuri! Why do you two have to be so concise when I want to be verbose!

I did notice that even Libertarians who started out saying what Sterling did was bad did end up more offended by his privacy being compromised. And the hatred for teachers... you're right about that as well.

Correct, Jerry! A one-sentence blog post would be a tweet. As such, I've been tweeting (with pictures) at bildungblog since 2006. :)