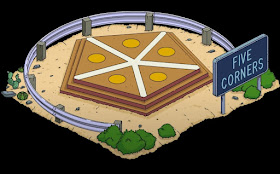 "The vibe on the ground was totally different than this," Charlie Kirk talking to Arizona lunatic Wendy Rogers.  Rightwingers run on Vibes not Votes.  That's why the animating principle for Republicans is #OwntheLibs and not say how can we set up a more just union which materially benefits Americans?

The United States is a center-left Nation.  On every issue, Democrats represent the overwhelming will of America.  Yet...  the Republican Party persists.  It's no secret why Republicans still threaten the United States, they've inflitrated the Government and subverted laws and rights at every opportunity to ensure their agenda of oppression and subjugation continues to plague the American people.

Meanwhile, Soft Focus Kari Lake lost her bid to be the pugnacious Trumpette of Arizona.  And the Democrats won throughout Colorado, New Mexico, Arizona, Utah, okay Nevada, were the Machinery set up by Harry Reid continues to churn out wins for the Democrats.

The Southwest is already a blue bulwark against the sea of red which rolls over the empty High Plains of the Nation.  So, accept that, with the exception of an odd House district in Florida, the Southwest should be the focus of effort along with the old so-called rust belt states.  Because Republicans in the US House and Rightwingers in back room meetings continue to indicate that should they get power, women are going to be reduced to second class citizens bereft of the basic rights to bodily autonomy and Republicans will aid Vladimir Putin and other Authoritarian leaders roll back progressive gains and ensconce a new era of Fascism on the Globe.

Read this excellent short article by Mark Greene about the MAGA Boomer Rage and how there were several inflection points and the Boomers, as a whole, often made the worse decision each time and it's led to the Faux News fueled White Boomer Rage.  From the article,

The MAGA bell curve peaked as we moved into retirement, staring blankly at our own mortality. Because we had bought into the decades long drumbeat of individualism sold to us by a GOP bent on eliminating social safety nets, we sought validation in class and status and so ended up without community.

A succinct description of Florida and its' denizens.